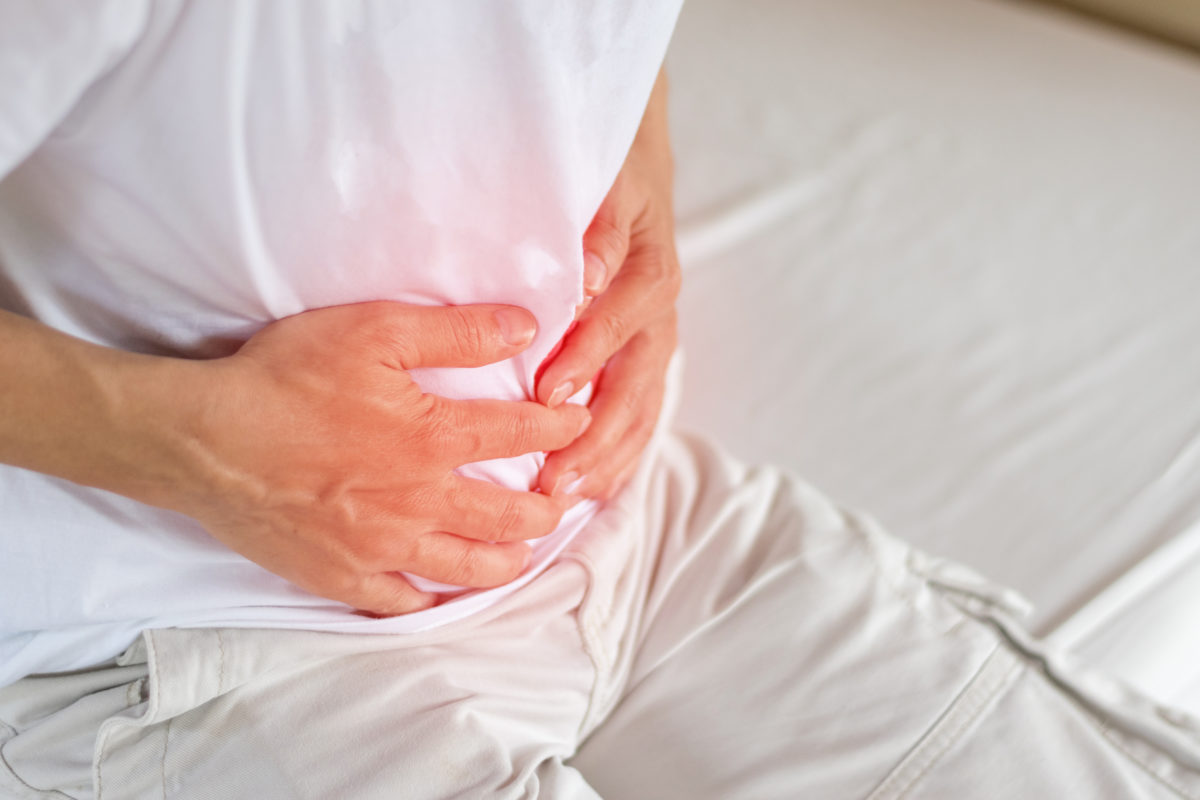 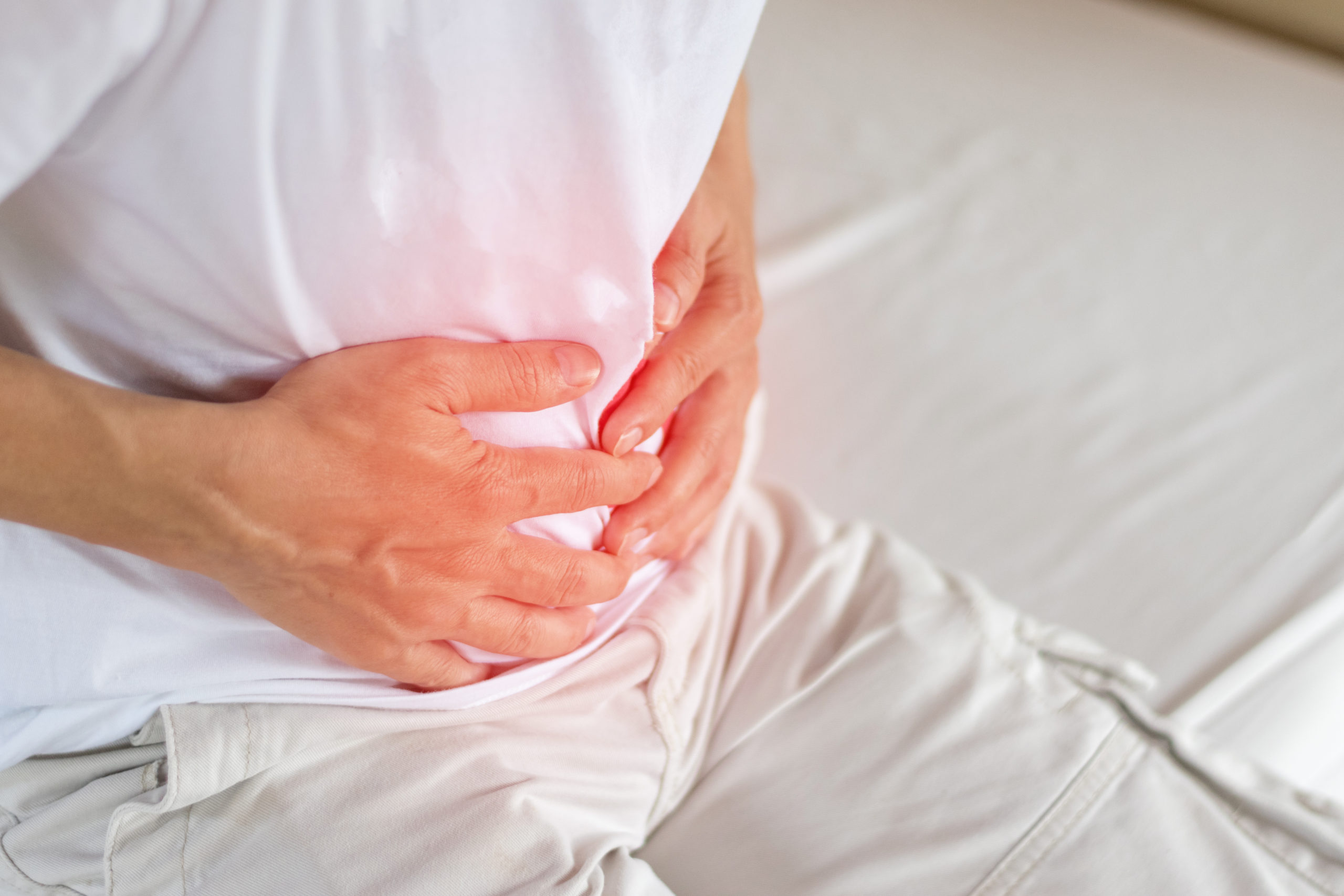 If you’re here, you probably suspect you have a hernia, or are concerned about someone who might. Today, we’ll go over the different types of hernias. You’ll notice that many of them have similar symptoms and descriptors. That’s because hernias are all similar in nature, and many of the defining characteristics come down to their location on the body.

If you believe have a hernia, you should seek medical advice immediately. This article provides a short overview of each hernia variety — and we hope you’ll find it informative — but can’t be used to self-diagnose. There is no substitute for personalised, specialist medical advice on hernias. If you’re based in Perth, we can provide just that.

There are six common types of hernia — each occurs at the weaker points of the abdominal muscles and has the potential to cause serious complications if left undiagnosed and untreated. Making yourself familiar with the different types — and meeting with a medical professional as soon as possible — will help you stay on top of your health and wellbeing.

The different types of hernia

An incisional hernia is linked to a weakness at the site of a surgical scar in the abdomen area (for example, a cesarean scar). Most people assume this happens when the scar is recent and the tissue is compromised, but an incisional hernia often appears long after the initial surgery take places.

Incisional hernias vary in size, but once it becomes large, it may be harder to repair and there is a risk that the hernia might trap part of your intestine. When this happens, the risks are serious — even life-threatening if blood supply is cut off. In this case, emergency surgery is required.

A femoral hernia is named after the femoral artery, in the lower part of the groin. Sometimes during pregnancy, this area is weakened, so women who have given birth are more likely to suffer from this type of hernia. If you have a femoral hernia, you’ll notice a bulge in the groin or thigh area — this is intestine or fat that has pushed through a weak spot of the abdominal wall.

The bulge can be the size of a grape, which is why many patients don't experience any symptoms. However, a femoral hernia may contain intestine, and in that case an emergency can be triggered when the intestine becomes strangulated (the blood flow is cute off).

An umbilical hernia occurs when fat or intestine protrudes through the abdominal wall in the naval (belly button) area. An umbilical hernia will not resolve through natural healing, and may lead to complications if left untreated. Repair surgery involves pushing back the intestine and abdominal lining, and repairing the hole in the abdominal wall. Often, surgeons also insert a synthetic mesh to strengthen the area.

This hernia is caused by a weakness of the abdominal wall between the belly button and the sternum of the rib cage. An epigastric hernia is quite common in children and adults, and may even occur in infants. It appears as a small bump (which is a mass of fat) near the base of the ribcage. Similar to other hernia types, an epigastric hernia will not resolve on its own and requires surgery.

A spigelian hernia is a rare form of hernia that develops between the rectus muscles (six packs) and the lateral muscles of the abdomen. Some people unintentionally prolong their experience with a spigelian hernia because the pain associated with it temporarily improves for an extended period. They believe the issue to be self-resolving, but eventually, the pain will come back because the hernia is still there. The occurrence of this type of hernia is higher in men than in women, and surgery is the only treatment option.

An inguinal hernia is a bulge caused by a weakness in the abdominal wall in the groin area. It can occur on both sides of the lower abdomen in an area called the “inguinal canal”. In men, this is where the testicles descend before birth. In women, there is a round ligament in this area instead. In both sexes, this point in the abdominal wall is naturally weaker, which makes inguinal hernias a common type.

A hiatal hernia is a condition where the muscles of the hiatus become weakened and stretched. The hiatus (which is just another word for “opening”) separates the chest from the abdomen. When this opening gets larger, organs (namely stomach, spleen or intestines) can slip upwards, through the hiatus, and into the chest cavity. In serious cases, the entire stomach slips into the chest. It can then cause “gastric volvulus”, otherwise known as severe twisting — a rare but dangerous condition that requires emergency surgery.

What to look for

Although each type of hernia is slightly different, they share many of the same causes. If you suspect you have a hernia, consider whether any of these circumstances could have contributed to it:

With any hernia, you may have no symptoms at all, mild discomfort, or extreme and unbearable pain. Because all hernias are similar in nature, they share many of the same symptoms, which mean it’s impossible to diagnose a hernia from the symptoms alone. However, if you suspect you may have a hernia, you could be experiencing:

The primary concern with a hernia is a portion of intestine becoming trapped and strangulated within the hernia. When it happens, the blood flow to the intestine can be completely cut off, and this becomes a life-threatening situation which calls for emergency surgery.

During the diagnosis of any hernia, your doctor will take a complete medical history and rule out any other medical issues. As we said before, different hernia types share many of the same symptoms, which mean it’s impossible to diagnose a hernia from the symptoms alone. To ensure an accurate diagnosis, your doctor will likely run some tests and procedures before resolving the hernia itself. These might include:

Hernias are repaired using either open abdominal surgery or laparoscopic surgery. The surgery used will depend on the kind of hernia you have and its severity. Both methods follow the same basic steps (these steps have been extremely oversimplified for the sake of the article):

Open surgery is preferable when more access to the hernia is critical for the surgical outcomes. Here, the surgeon makes an incision into your skin and the abdominal muscles, and exposes the area where the surgery will be performed. The exact size and shape of the incision depends on the details of your hernia, and there may be some scarring.

Laparascopic surgery is commonly referred to as keyhole surgery. It’s a minimally invasive technique that involves making several small incisions in your abdomen. Then, gas is used to gently distend (or “inflate”) the abdomen area, creating space for the operation. Finally, a surgical tool called a laparoscope, with a camera attached, is inserted to examine the area so the surgeon can act accordingly. The laparoscope also has specialised keyhole instruments attached to it, to perform the operation.

There isn’t one distinctly “better” than the other, so try not to think of it in these terms. Both methods of surgery are equally safe, reliable, and successful; it’s just a matter of determining which type is the most suitable for your circumstances.

In saying that, laparascopic surgery is favoured where possible. Again, this is not because it’s “better” or “more effective”, but simply comes down to patient comfort. Compared to open surgery, the incisions are much smaller, and that allows you to recover faster after your surgery. You’ll also experience less pain and discomfort, compared to an open surgery, and enjoy a shorter hospital stay.

All hernias have the potential to be life-threatening. This happens if a part of the intestine becomes trapped in the hernia, cutting off blood flow.

This article isn’t meant to be a scare-campaign, but it’s better to be on the cautious side. If you think you have a hernia of any kind — even a mild one with no pain or major symptoms — you must get it checked by a medical professional as soon as possible.

If you’re based in Perth, or can easily travel here from a rural location, our specialist surgeons are available to diagnose, treat, and support you. Contact The Hernia & Gallbladder Centre WA to make an appointment.